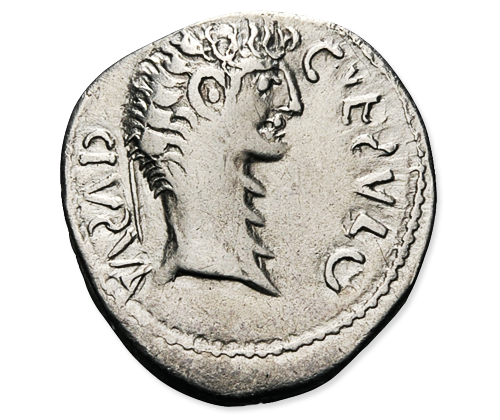 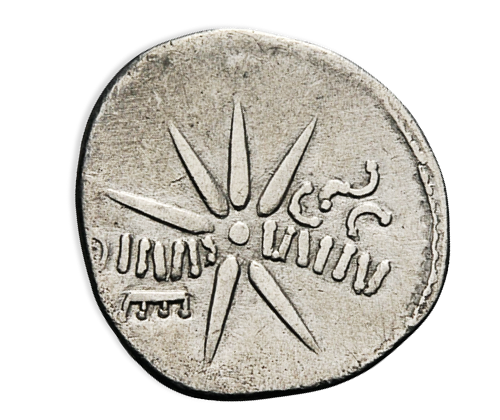 This Barbarian imitation of a denarius of Augustus (27 – 14 v. Chr.) is definitely derived from a prototype produced in Roman Provincial mints of Spain. Though the die cutter has tried to attain a resemblance with the original, his illiteracy is evident regarding the completely corrupted legends. Other bizarre details like the shaggy throat of the emperor add to a strange, eye-catching impression.

Roman denarii were sought-after trade objects beyond the frontiers of the empire, notwithstanding that monetarism was not prevailing in many of these regions. The high standard generated a considerable esteem for Roman silver coins in the last decades BC and the first decades AD. Since the standard of denarii deteriorated continuosly from the 2nd half of the 1st century AD and decisively in the 3rd century, denarii of the early empire remained a favoured item of hoarding until the late 5th century.

Already in the early decades AD local imitations of denarii came into existence, whenever there was a lack of supply. These copies matched their prototypes to varying degrees. Extremely successful as well as awkward pieces exist. To some extent we have to assume, that a deliberately alienated coin design has its source in peculiar sense of artistry. The analysis of the conditions that led to the emergence of these imitations is an attractive field of collecting, that has always been cherished by some dedicated specialists.