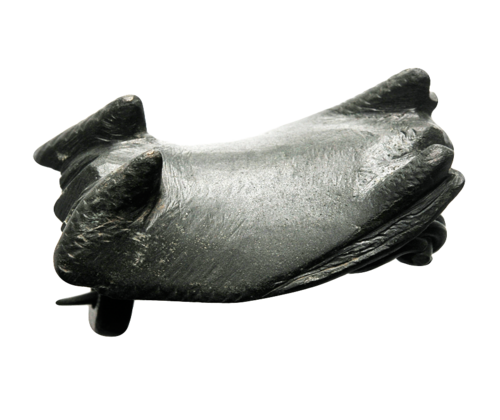 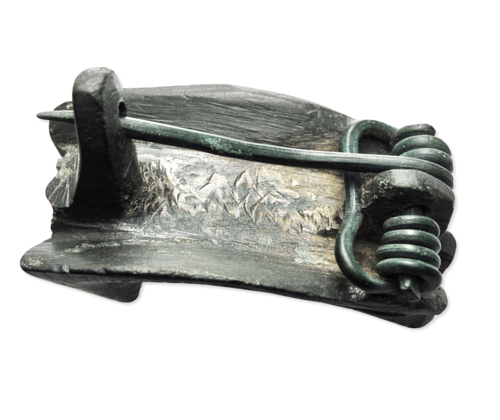 This bronze miniature is not so easy to comprehend at a first glimpse. Without any doubt it represents a so-called Roman four-horned saddle, as it has been used by riders of the Roman cavalry. The needle and its fastener on the backside having been used to fix the object on textile identify it as a fibula.

Roman brooches usually can be assigned to types existing en masse because of having been produced in huge series during rather well datable periods. There are, however, also rarer forms typical for local areas only and sometimes customized pieces made according to individual purposes. Instances for such rarer types are representations of military items like helmets, swords and trumpets, whose owners in all likelihood have been soldiers. This could be also expected for the fibula presented here.

Perhaps a cavalryman or maybe a saddler belonging to the many highly specialized craftsmen in the army was the client, who gave the order to manufacture such a piece. Thus he would have furnished an item of daily use with a clear reference to his profession. The manufacturer has strikingly made efforts to display small details, e.g. leather stitching. Anyway this piece can be regarded as an extreme rarity, the most beautiful of three items of this type known until now.