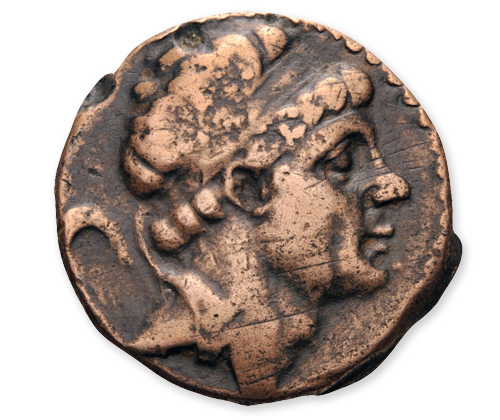 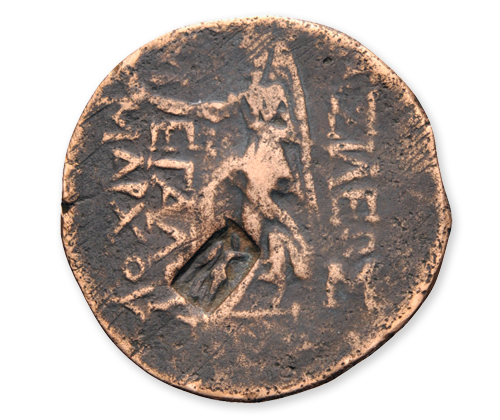 Timarchos has been a friend of the Seleucid King Antiochos IV. (175 – 164 BC) during boyhood and became satrap of Media during his regency. Being a hostage the young Antiochos spent a long time in Rome and probably introduced Timarchos to persons of influence whilst a common stay there.

Consequently the later governor has been entrusted with diplomatic missions to the Italian metropolis. After the death of Antiochos IV. and the murder of his son Antiochos V. he was the actual potentate in the eastern provinces and had himself proclaimed king in Babylon. Reviving his good relationships to the new world power in the Mediterranean, he got his title approved when visiting Rome again in 162 BC. His reign, however, did not last for long. 160 BC he has been defeated and killed by Demetrios I., a nephew of Antiochos IV.

The coins of Timarchos are rare and usually not very well preserved. Though there are some traces of wear, the piece presented here may be regarded as the most beautiful and impressive specimen, that has been available on the coin market over the past years.

Sold by the company Solidus Numismatik in online auction 1 in february 2014.