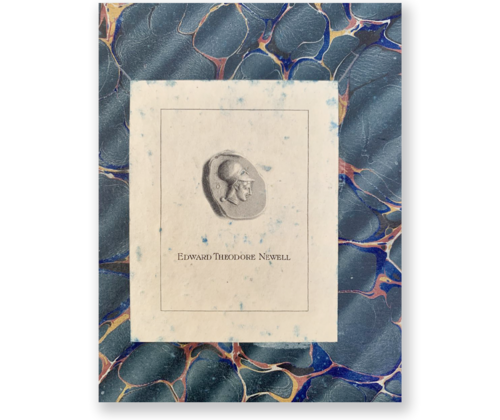 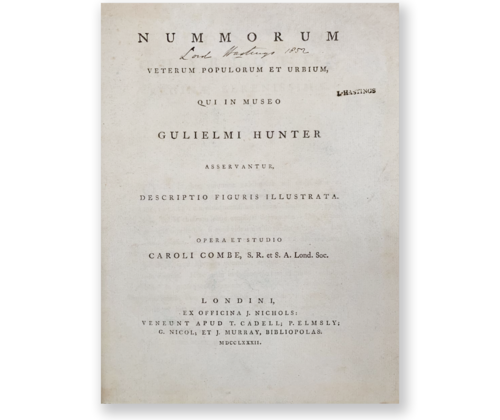 Historical numismatic literature is an exciting area of ​​numismatics. In many cases, you can not only discover very rare books here, but sometimes also track their history using owner entries and bookplates.

In the book presented here “Nummorum veterum populorum et urbium, qui in museo G. Hunter asservantur” (published in London 1782) there is a bookplate of great interest to the collector, as it came from Edward Theodore Newell (1886 - 1941), who was a private scholar and coin collector. He studied archeology and oriental languages ​​at Yale University and was president of the American Numismatic Society from 1910 until his early death.

Newell was not only an important coin collector, he was also considered one of the most important researchers in Hellenistic numismatics. He has written numerous publications in the form of books and articles. His scientific contributions brought him the Archer M. Huntington Medal in 1918 and the Royal Numismatic Society's medal in 1925, the two highest numismatic awards of his time. Newell bequeathed his extensive collection of more than 87,000 coins to the American Numismatic Society.

Newell's bookplate consequently shows a coin, namely the back of a Corinthian Stater.

But yet another owner's entry including a stamp catches the eye here: “Lord Hastings 1852”. This is presumably Jacob Astley, 16th Baron Hastings (1797-1858), who was known as a coin collector and whose collection was auctioned at Sotheby’s in London in 1880. Unfortunately, it is not known how the book came to America and in Newell's hands.