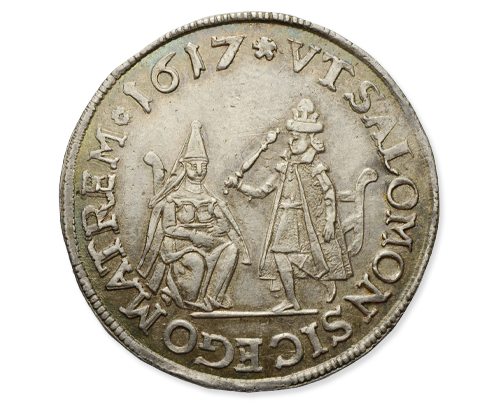 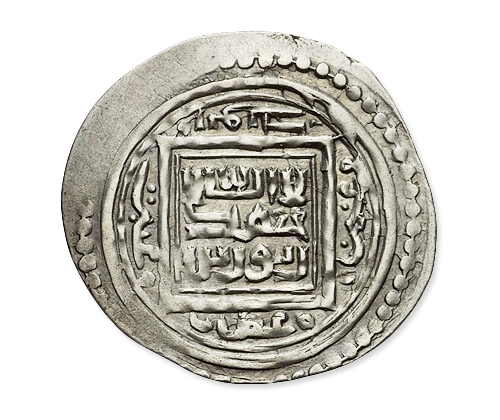 1617 / Dresden (without mintmark)
King Salomon and his mother
Supported, praying hands, above "Jehova"

During the rule of the Saxon elector Johann Georg I. (1615 - 1656) his Mother Sophia from Brandenburg had issued ducats on the occasion of Christmas 1616 honouring her son. These ducats were called "Sophiendukaten". Thus the godly mother expressed her joy about her pious and well-behaved children. On the avers the following motto has been used as legend: „WOL DEM DER FREUD AN SEIN KINDERN ERLEBT“ (Those who experience joy about their children are blessed).

In the following year the deeply touched and grateful elector issued a whole series of different coin nominals on the occasion of Christmas 1617. Thus he reciprocated the honour bestowed upon him by his mother in manifold ways.

The "Sophiendukaten" were issued later also with a slighty modified legend ("KIND" instead of "KINDERN") up to the 19th century as christening presents. Especially on the occasion of Christmas they were used as precious gifts.