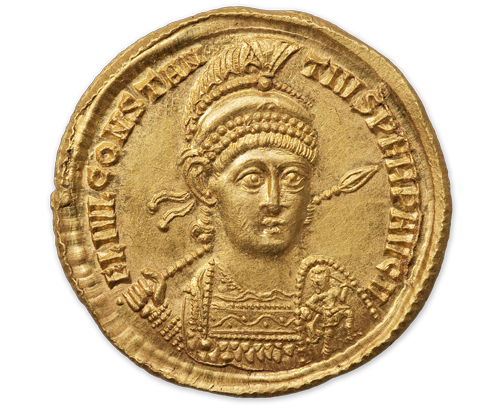 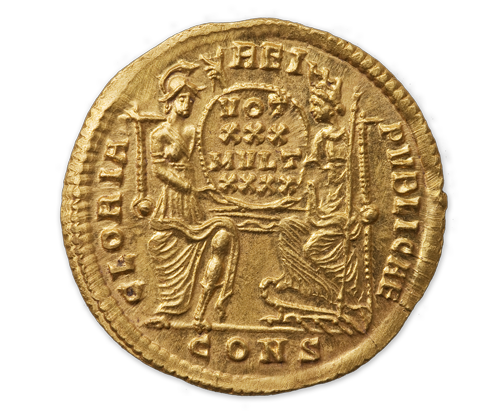 Constantine the Great, emperor during a turning point in history and the initiator of various reforms, has introduced a new coin denomination named solidus. Under the reign of his son Constantius II. a new iconography has been created for the solidus shaping for centuries the appearance of this coin, that was treasured far beyond the limits of the Empire.

The armed and armoured emperor is pictured facing. An icon-like effigy of a mundane ruler, who exercises power on earth acting in place of God. This kind of representation forms a contrast to the side portrait having dominated Roman Imperial coins until then. Though continuing ancient traditions, principles of a new art concept becoming distinctive for the dawning Middle Ages have been established.

In Latin language solidus indicates qualities like “perfect”, “real”, “solid”, or “enduring”. This claim met the historical importance of the new coin: the unmistakable pattern and a guaranteed gold standard became the epitome of stable value, steadiness and reliability. Therefore it was spread and appreciated far beyond the territory of the Late Roman Empire.