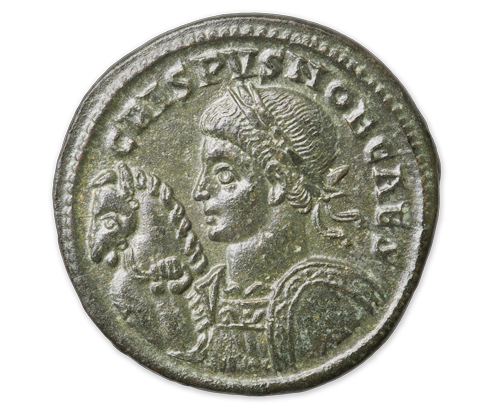 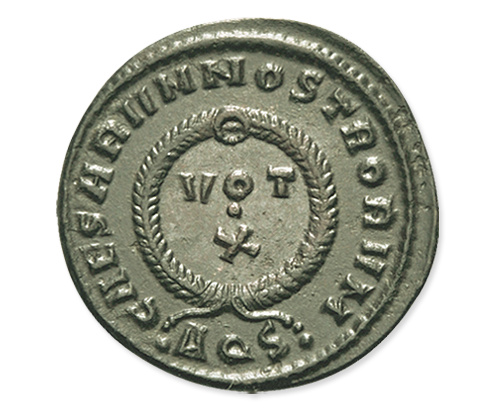 Crispus was the eldest son of Constantine the Great and probably born around 305 AD. He was the son of an earlier spouse, prior to the marriage with Fausta, daughter of the emperor Maximianus Herculius, motivated by political reasons. Already in 317 AD he and his half-brother Constantine II. have been proclaimed “Caesares”, heirs to the throne.

He was educated by leading intellectual personalities of this age, beneath others church father Lactance. Part of this instruction was the qualification for a military career.

Still a youth Crispus was celebrating his first military success as a leader against Frankish invaders on the Rhine frontier. Four years later he was victorious as navy commander against the eastern emperor Licinius during the civil war.

The follis depicts the heir apparent like a “cavalry general”. In late antiquity the cavalry became an important mobile task force serving against invading barbarians and in frontier wars. This rare coin image stylizes the young prince as the leader of such an elite troop.