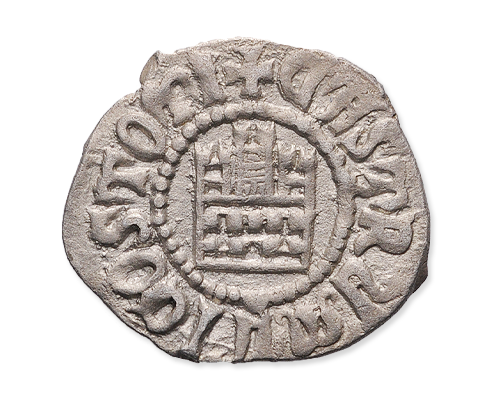 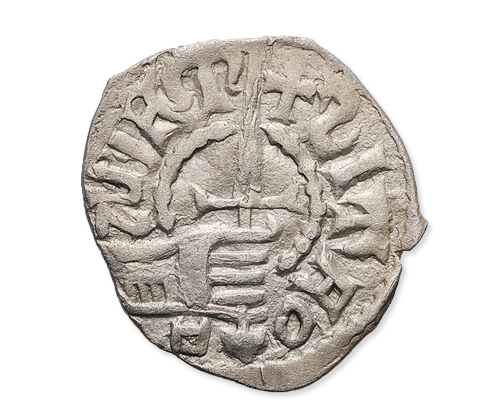 Licostomo was a Genoese trading colony in the Danube Delta. From written sources we know that silver "Aspers" have been coined in the area after the model of coins of the Golden Horde. Recent research though has discussed whether these were pure units of account. Instead of own coinage, silver coins of the surrounding territories would have been used as currency. This asper however, which is offered for the first time at an auction, shows that the Genoese colony indeed minted its own coins.

Genoa maintained numerous colonies in addition to Corsica, Monaco and two bases on the northwest African coast, especially in the eastern Mediterranean and the Black Sea. During the Crusades, the Maritime Republic occupied important ports, partly with their surrounding territories, in return for naval and military support, in order to secure the economic interests of its merchant dynasties. After the dominating role of Venice in the conquest of Constantinople during the Fourth Crusade and the division of the Byzantine Empire after 1204, Genoa had initially been forced back in the Black Sea area by its great rival. In the second half of the 13th century, however, Genoa was rewarded for its military assistance in the restoration of the Byzantine Empire under Michael VIII Palaiologos by a treaty, concluded in 1261 at the Nymphaeum of Constantinople, granting numerous privileges for the establishment of commercial settlements in the Black Sea area.

The bases in the Danube Delta included Chilia and Licostomo on the northern branch of the Danube, at the transition to the realm of power of the Golden Horde. After 1361 the Golden Horde was permanently weakened by internal disputes. Thus the Genoese leadership in Chilia and Licostomo seized the opportunity and strengthened their own position, which meant among other things the minting of their own coins - a sovereign law - as sources of the second half of the 14th century state explicitly.

From Premium Auction 31 from Solidus Numismatik on June 30, 2018