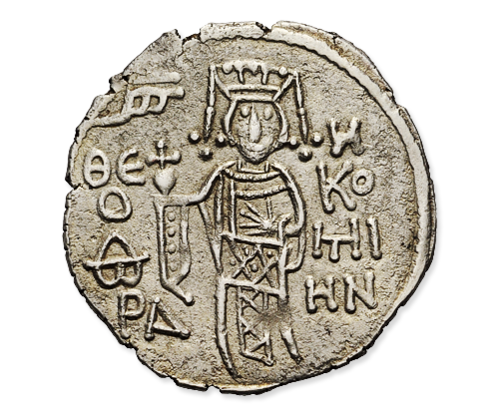 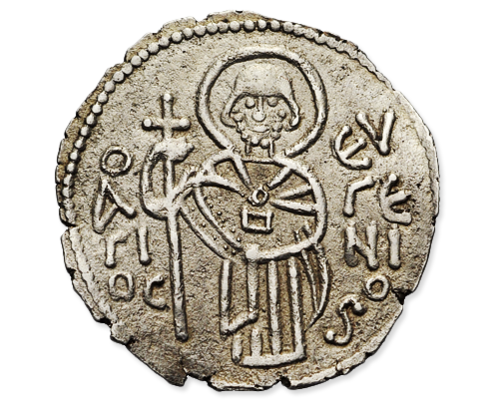 Theodora, half sister of emperor Johannes II., usurped the throne of Trebizond during the absence of her brother. Information about the course of this coup are extremely scarce. At least Theodara succeeded in minting coins, that rank among the rarities of medieval coinage nowadays.

The Empire of Trebizond has been reigned by the successors of the last Byzantine emperor of the Komnenos family, Andronikos I. After he had been murdered in 1185 the remaining relatives fled to the important seaport Trebizond in the eastern provinces of the Black Sea region in order to escape the persecution of the new Angeloi dynasty. The Komnenoi subdued the shore and its back country in northeastern Anatolia in the year of the conquest of Constantinople by the crusaders (1204) and thus established the Empire of Trebizond.

Similar to events in the Byzantine Empire there could arise conflicts about the access to the throne within the dynastic family. In 1280 the emperor George has been captured during a campaign against Turkmenian invaders. This opportunity has been promptly utilised by his brother Johannes in order to seize the rule. Only a few years later his half sister Theodora did the same during the absence of her brother Johannes. But her ambitions had no sustainable success. The scarce evidence relating to her personality by written sources is complemented by the coins of her reign. Name and title on the items of the important silver coinage witness her attempts to legitimise her regime.

The present piece is lot 413 in online-auction 7 of Solidus Numismatik.